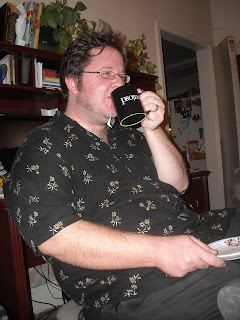 While we slept the clouds rolled in. The front page of the local paper tells us that we're in for a very wet few days. They're saying two inches of rain tomorrow. It hasn't started yet, but our blankets are out, I lit the pilot light for the wall heaters, and I'm having a piping cup of Earl Grey. Deo Volente, I am planning on having a cup of hot chocolate later and maybe sitting on the porch if the rain starts.

I love this time of year. I love it when the weather changes to the colder months. I love being in cardigans and corduroy again. I love reading my "winter authors" like Dickens and Woollcott. Also those who I would consider in my mind "winter musicians" like Handel and Tchaikovsky and Prokofiev.

I think the response is born solely from the tactile. I think one of the nicest feelings in the world is cozy. With the possible exception of sunbathing, I find it very hard to achieve "cozy" in the hot months.

Also, although a good portion of my wardrobe is black and grey, I look best in Autumn colors.

There's also the family events. As most of you know, I won the lottery when it comes to families. They are my dear friends as well as my relatives. There are great feasts including that most glorious of holidays, Christmas. I used to hate Christmas and all of its seemingly trite and worn out imagery. Then I got saved. Now it and Easter are my two favorite holidays, as they are holidays with a holiness attached to them. They aren't just meaningless days off in a life of meaninglessness used as cheap excuses to get tanked up to try in vain to forget the apparent meaninglessness of it all. Instead they are new and glorious morns. A celebration in the bleak mid-winter of the advent of our Savior who while we were dead in our sins, died to atone for our trespasses and raise His elect to eternal life. I eagerly look forward to Christmas.

And I guess there's a bit of hope for the future in winter for me. It might seem against nature as the weather can be harsh, but the winter reminds me of God's provision for me and His trustworthiness.

And it's so nice to be able to sit in silence with my wife, each of us reading in the warm house. 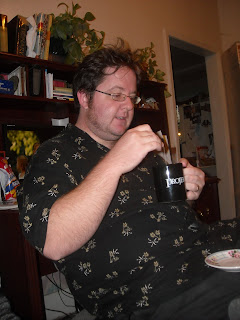 It's been about 9 months since I was last in snow. I recently mailed off a short story to a magazine about one day last winter when I was delivering in the snow in the mountains around Downieville. It was a day where any reasonable person would have put on snow chains, at the very least at the one point I remember. I didn't, and I made it through by the grace of God. I just risked it and somehow succeeded, adding a least an hour to my day. The silly part was that I'd taken great pains in the weeks prior to have one of the other drivers teach me to put on snow chains (bear in mind I grew up in Orange County.) So, I knew how to do it. I just didn't.

What I didn't include in the story was that early in the morning at the beginning of that day before the sun was up when I was driving in the snow, at one point I pulled over, stopped, turned the engine off and just felt the silence all around me. The beauty of that moment is beyond description. I was completely alone in that moment and I will carry it with me all of my days.

I used to say (and still think) it's much easier to be an atheist in the city. I think that's true of the times when cotton is high as well as when the natural world is outside everyday observation.

I'm full of the realization that all things are passing away in the fall. The good things too, sure, but the troubles you're experiencing now are only for a time. They will pass as everything must. If you're still walking the Earth five years from now you won't have these problems. You'll have a whole different set of problems.

And in all of that passing away, I really get a handle on the value of life. 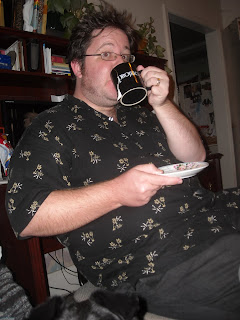